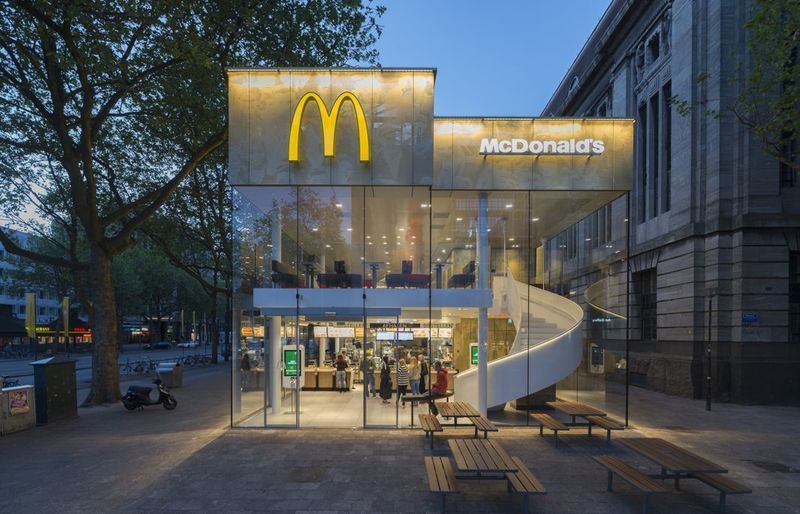 Resembling a glass shell, this fast food restaurant's recent renovation is an ode to contemporary design. The minimalist structure boasts a glass facade that gives visitors a clear view of the city surrounding them. During the day, the structure's interior is bathed with natural light but is transformed by nightfall thanks to a film that adorns its outer shell.

Once backlit, this film reveals an image of a crowd -- representing McDonald's patrons -- and is visually striking to those passing by it. This contemporary fast food restaurant is not only modern in its look but mimics McDonald's evolution and recent re-branding efforts.