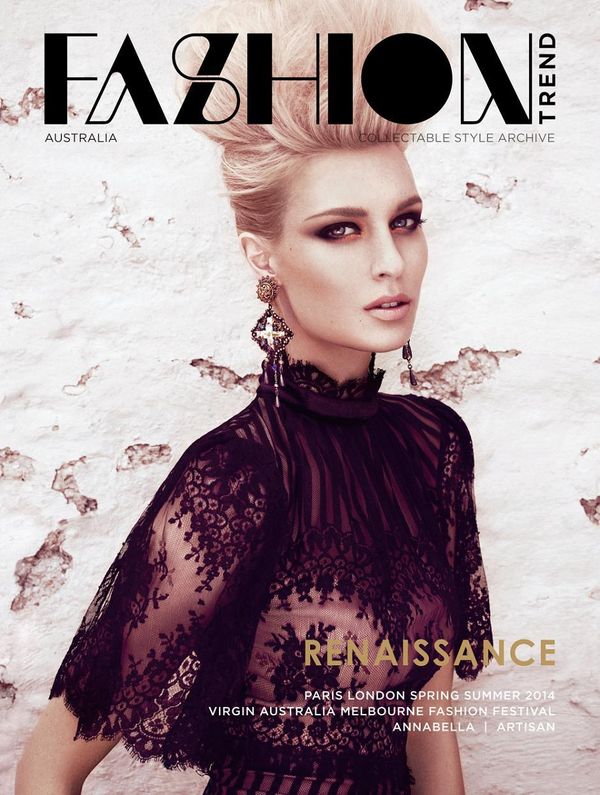 Meghan Young — April 29, 2014 — Fashion
References: fashiontrend.au & fashionising
Dark and romantic, the FASHIONTREND Australia April 2014 cover shoot has a gothic renaissance appeal that will nevertheless appeal to the modern observer. What woman would be able to resist the gorgeous gowns, elegant accessories and picturesque backdrops prevalent throughout the photoshoot? Not many, that's for sure. Although shot on a sunny day, the images are somber and dramatic as though the nearly all-black wardrobe is being worn by a recent widow.

The FASHIONTREND Australia April 2014 cover shoot was lensed by photographer Bernard Gueit. Appearing in the magazine's 35th issue, the ladylike ensembles were put together by stylist Bianca Christoff, who focused on everything from black lace and gold brocade to jet beads and stunning ruffles. The looks were perfected by hair stylist Fred Rossidis and makeup artist Kim Tavares.
5.2
Score
Popularity
Activity
Freshness