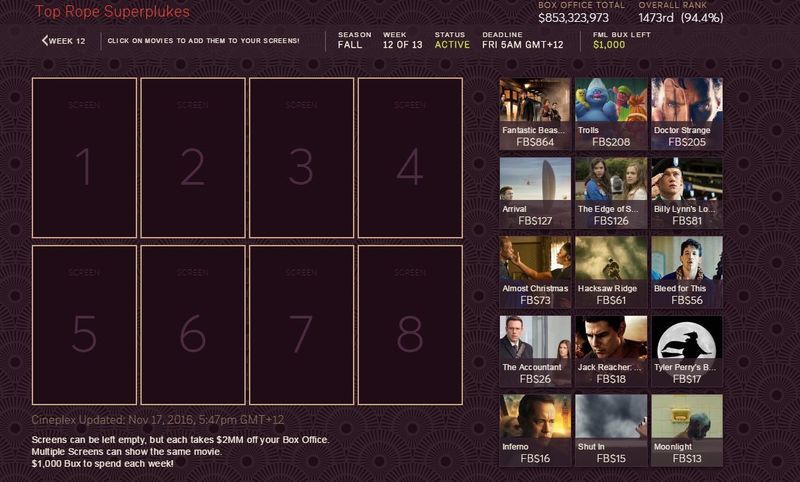 Joey Haar — November 21, 2016 — Tech
References: fantasymovieleague & cnet
Share on Facebook Share on Twitter Share on LinkedIn Share on Pinterest
'Fantasy Movie League' turns the Hollywood film industry into a competitive league in which strategy, predictions and intuition decide who will emerge victorious. Any sports fans know that fantasy sports leagues are a fun and addictive peripheral to the games they love, but those who don't care for sports can't really relate -- until they sign up a team for Fantasy Movie League, that is.

In the Fantasy Movie League, the goal is to make as much money as possible from the movies that one chooses to virtually screen. Teams can pick eight Hollywood movies each week, and those movies' performances in the box office earn them points. Each team is equipped with 1,000 "film bux" to start the week, and movies predicted to be higher grossing cost more of that money -- meaning that players can't simply pick a slate of guaranteed hits.
1.8
Score
Popularity
Activity
Freshness
View Innovation Webinars