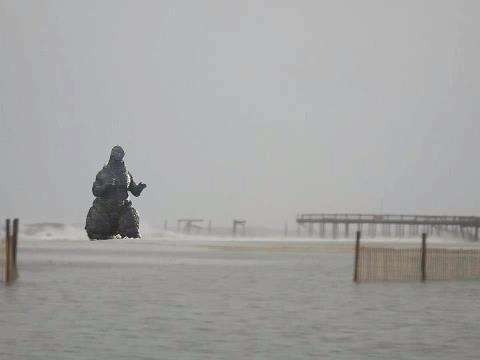 The Fake Hurricane Sandy Photos are Trolling the Internet

Cody Turner — October 30, 2012 — Pop Culture
References: buzzfeed
As Hurricane Sandy approaches, many are turning to the Internet to get their coverage of the storm; unfortunately there is a large amount of fake Hurricane Sandy photos being used. It’s not surprising that this is happening, but it’s also not that easy to differentiate one storm from another when it comes to photographs.

Luckily, some of the photos that are going around right now can be easily spotted as fake. For instance, there is a large amount of snapshots from the movie The Perfect Storm and The Day After Tomorrow, where New York City is being taken over by a giant flood wave.

Also, not so cleverly people have been photoshopping in photos of Godzilla rising up from the sea during the storm. So keep your eyes open to decipher the real photos from the fake ones.

Trash-Utilizing Umbrellas
The EcoBrolly Is A Recycled Newspaper Parasol
play_circle_filled