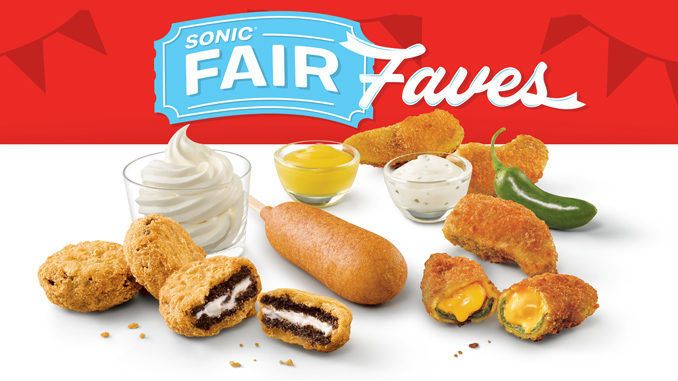 Katherine Pendrill — September 5, 2019 — Lifestyle
References: qsrmagazine & chewboom
Share on Facebook Share on Twitter Share on LinkedIn Share on Pinterest
To usher in the fall season, Sonic is bringing the state fair to its restaurants with its new Fair Faves menu. Made up of both sweet and savory offerings, the new menu is the perfect option for those who can't make it to their own state fair.

Sonic's Fair Faves menu consists of three snack-sized offerings that are perfect for fall. The first is the Oreo A La Mode, which consists of three Oreo cookies that have been battered, deep-fried, and served with Sonic's Real Ice Cream. For savory fans, Sonic is offering Ched ‘R’ Peppers, which are spicy jalapeno peppers filled with cheddar cheese, fried, and served with a side of ranch dressing. And not to miss the most classic state fair food of them all, Sonic is also offering its famous Corn Dog.