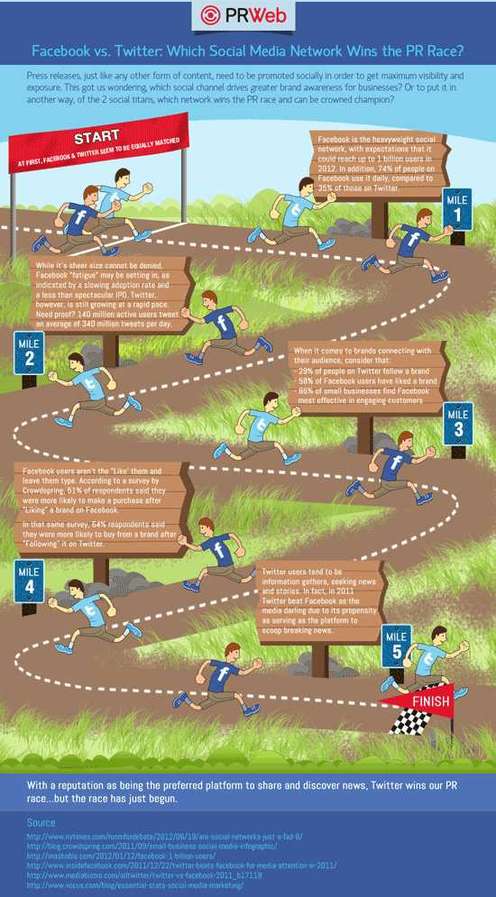 While it seems as if Facebook gained the upper hand in the beginning, the Facebook vs Twitter infographic explains that social media users may be suffering from a “Facebook fatigue,” with its growth slowing down and disappointing IPO results. While 51% of the surveyed reported to be more likely to make a purchase after Liking a brand, 64% responded likewise after following a brand on Twitter, giving the flying bird a heavy boost in the race. While Facebook has gained a reputation for connecting on a more personal level, Twitter has become widely known as one of the fastest sources for discovering and obtaining information, marking it as the winner of the social media PR battle.