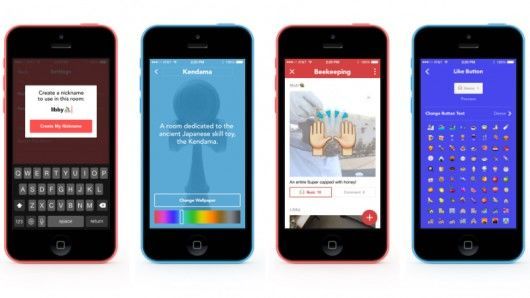 Rooms allows users to create online chat rooms for discussion about any topic. It is accessible via app only, and actually operates independently of the Facebook platform itself.

The creator of the room can customize the room as they like, and can impose member permissions while controlling other themes. Users can post text, images and videos under pseudonyms. A single user can use different pseudonyms for different rooms.

The Facebook Rooms app is available to download on the iOS, but is set to undergo further development. Personally I think this is a great idea as it harks back to the golden age of Internet chat rooms in the late 1990s but repackages it for the mobile platform.
4.6
Score
Popularity
Activity
Freshness
View Innovation Webinars

Google's Instant Messaging for Mobiles
Google Talk on the iPhone