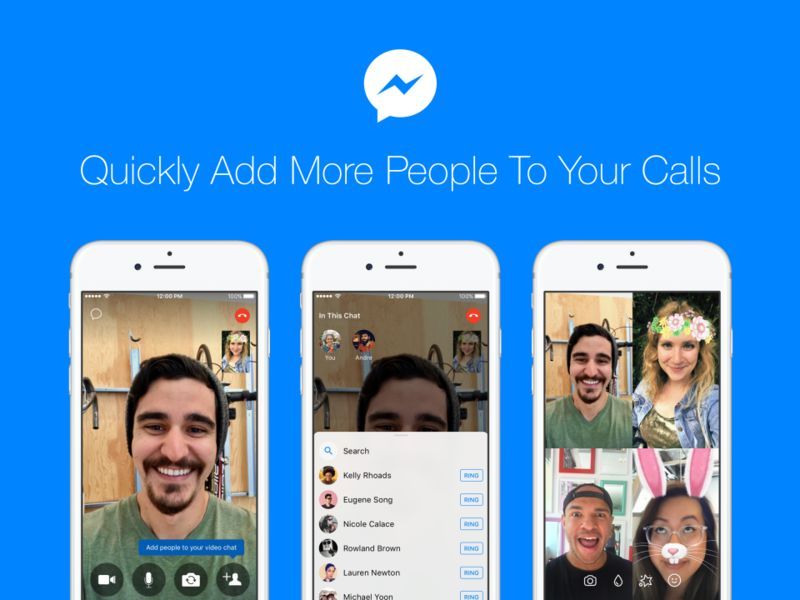 Joey Haar — February 21, 2018 — Social Media
References: newsroom.fb & engadget
Share on Facebook Share on Twitter Share on LinkedIn Share on Pinterest
For many groups of friends and family, Facebook chats are the de facto medium for texting everybody at once, and the new addition to Facebook Messenger group calls makes the standalone app more conducive to video chats as well as texting. As announced today by Facebook, Messenger users currently in a video call can now quickly and easily add more members without having to hang up and start again.

Facebook Messenger group calls used to be a clunky process. If users were on a call and decided they wanted to pull others in, they'd have to hang up, start a new chat group with the people in question, and call from there. Obviously, that isn't conducive to fluid conversations where people might need to be added frequently. The new feature allows users to add people to the call without even leaving the current conversation, simply pulling up a search bar to add members on the fly.
0.7
Score
Popularity
Activity
Freshness
Jeremy Gutsche Keynote Speaker