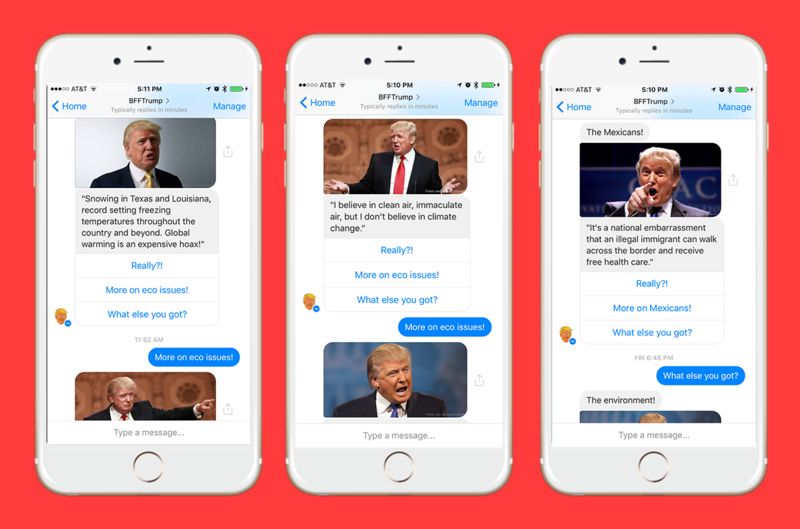 While conversing with the chat bot, Facebook Messenger users are able to learn about Trump's stance on issues like gender equality, minority groups, abortion, climate change and more through a conversational interface. There are tools of this kind to help voters understand how their personal beliefs align with a political candidate's agendas, but none are quite as intuitive as this chat-based format.

Political chat bots like this one are commonly created for both humorous and educational purposes. Recently, the White House unveiled a bot of its own that lets Americans connect with President Obama in a way that's easier than penning and mailing a letter.
1.7
Score
Popularity
Activity
Freshness
Get the 2021 Trend Report FREE