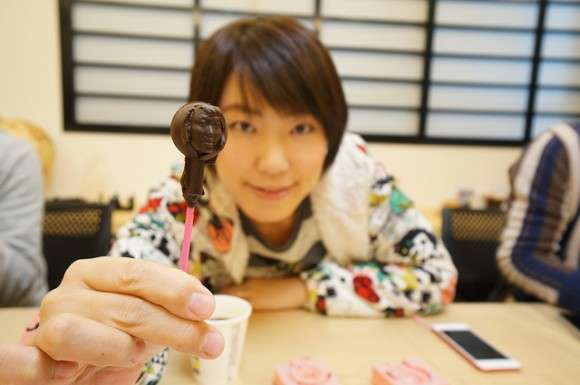 FabCafe Lets Patrons Create Desserts That Look Like Them

Michael Hemsworth — February 15, 2013 — Lifestyle
References: fabcafe & notcot.org
3D printing is setting new standards for what can be done with a printer and FabCafe is pushing boundaries even further by allowing patrons to scan themselves and then print chocolate confections that look just like themselves. Completely outrageous, but totally awesome, the concept behind the FabCafe is purely for amusement, yet does offer an absolutely unique experience that is unlike anything that any other cafe has ever done.

3D printing is becoming more and more accessible, so it'll be no time before the machines become commonplace in technology stores. Being able to print food in the way that FabCafe does might seem like a quirky idea, but it might be the beginning of a breakthrough trend that could allow entire meals to be printed conveniently using less money and resources.

Could 3D-printed food like the stuff at FabCafe be the next stage for urban eateries?
3.3
Score
Popularity
Activity
Freshness