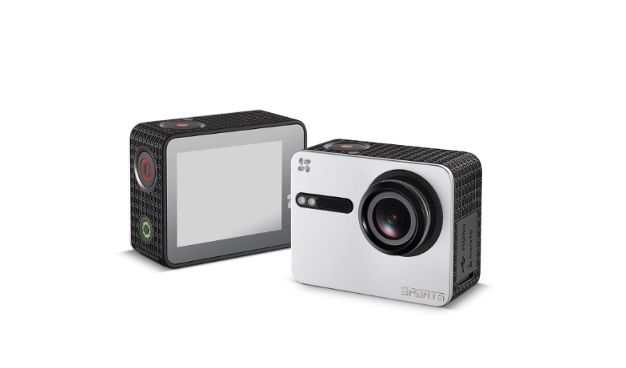 Katherine Pendrill — January 5, 2016 — Tech
References: ezvizlife & prnewswire
Share on Facebook Share on Twitter Share on LinkedIn Share on Pinterest
'EZVIZ FIVE' action camera is set to make its debut at CES 2016. For many sports enthusiasts and adrenaline junkies, capturing the perfect moment on camera is a thrill in and of itself. Now, there is an affordable option available for high flyers and deep divers alike.

The EZVIZ FIVE is a high-tech action camera that comes at a highly affordable price. In addition to the Ambarella A12 chipset, the camera features a two inch touchscreen, a 900mAh battery, a built-in electronic image stabilizer and several other must-have features. The EZVIZ FIVE also sets itself apart from other action cameras with its 128GB memory capacity, which far exceeds the 64GB capacity standard on comparable products.

Despite its advanced features and sleek aesthetics, the durable action camera boasts a reasonable price tag that makes it accessible to the average consumer.
5.7
Score
Popularity
Activity
Freshness
Get the 2021 Trend Report FREE