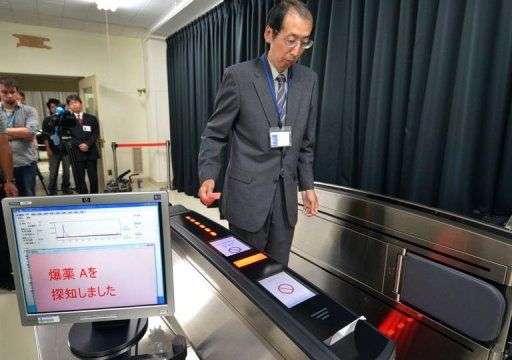 As the passenger scans their boarding pass, the machine releases a small puff of air, consequently releasing any minute particles that were clinging to the hands and clothes. The air is immediately sucked back into the machine and analyzed for any explosive materials. This entire process requires only a couple of seconds so it won't delay lines at the airport, reported Minoru Sakairi, the senior chief researcher.

The explosives detector works for metal and non-metal based bombs and is programmed to "pick up people who legally work with chemicals with explosive characteristics" too.
0.4
Score
Popularity
Activity
Freshness

Airport Fails to Catch Explosives, Detonators
Security To Get Even Tighter?