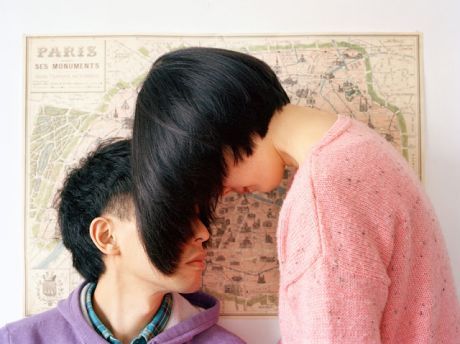 The Experimental Relationship By Lijun Liao Presents a Switch

Kristina Marković — January 28, 2014 — Naughty
References: bloodypixy & bust
Share on Facebook Share on Twitter Share on LinkedIn Share on Pinterest
Controversial photo series called ‘Experimental Relationship’ by Lijun Liao challenges stereotypes and gender ideals . The female photographer is dating a man five years her junior, which is looked down upon in her home nation of China and in North America. The artist explains, “I used to think I could only love someone who is older and more mature than me, who can be my protector and mentor.” She faces opposition from society members who compare her role within the heterosexual relationship to that of a man.