Just By Searching the Web, Raise Money For Charity 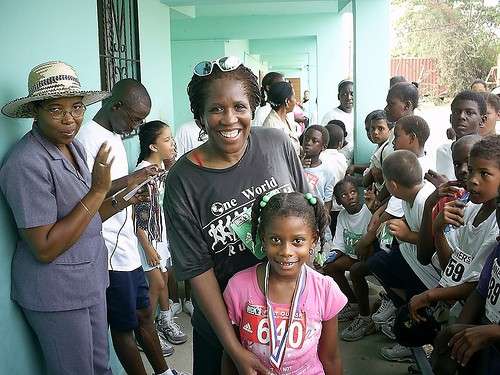 Marissa Brassfield — August 30, 2008 — Eco
References: oneworldrunning.blogspot & luxist
Share on Facebook Share on Twitter Share on LinkedIn Share on Pinterest
Running is one of the most basic athletic activities to take up: it doesn't require expensive equipment like hockey, baseball or tennis, but the price of a good pair of running shoes often inhibits less fortunate individuals to participate in this primal sport. One World Running is a charity based out of Denver, Colorado. Since 1986, the organization has collected new and slightly used running shoes and distributed them around the world to the children and adults that need them most.

Most recently, One World Running sent shoes to Belize, where on May 22 a new 4-mile race was run by Special Olympics students at the capitol. The students received their shoes the day before the race, and the well-attended event was documented on local television.

One World Running asks for new or lightly used shoes, but the charity frequently receives shoes that are beat up and unsuitable for the program. These shoes are sent to Nike's plant in Beaverton, Oregon through Boulder's Eco-Cycle program. There, the shoes are ground up and made into running tracks and playgrounds through Nike's Reuse-a-Shoe program.