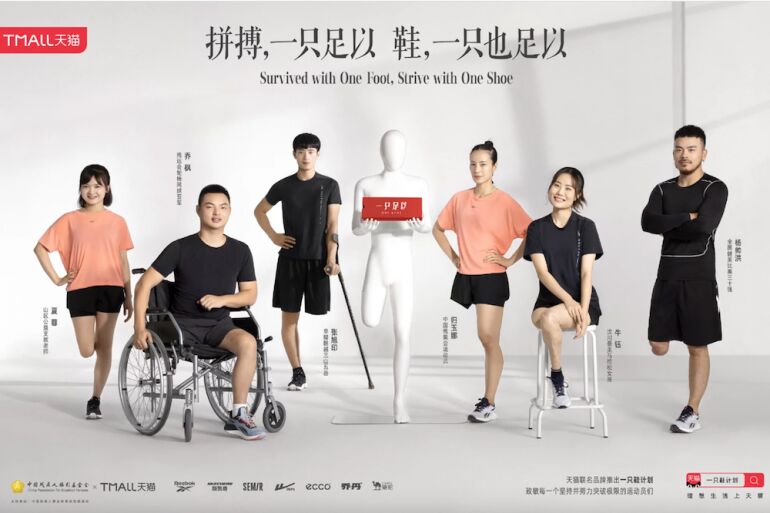 Niko Pajkovic — November 17, 2021 — Social Good
References: tmall & jingdaily
Share on Facebook Share on Twitter Share on LinkedIn Share on Pinterest
Chinese e-commerce platform Tmall has reintroduced its 'One Shoe Program,' a progressive initiative that aims to make it easier for people with disabilities to buy footwear. Acknowledging the needs of amputees, Tmall's new program will now allow shoppers to purchase and pay for just one shoe rather than a complete pair.

This time around, Tmall has partnered with seven major footwear brands, including ECCO, Skechers, Jordan, Reebok, Camel, Semir, and Warriors. Shoes included in the 'One Shoe Program' will be sold at half price and packaged in a unique "half" shoebox.

The initiative draws attention to the unique ways major retailers can acknowledge everyone equally and create inclusive platforms. In addition, it also highlights both the social and brand value of partaking in these kinds of initiatives, as Tmall's 'One Shoe Program' has already gone viral in China, drawing over 120 million engagements on Weibo alone (a Chinese microblogging site).

Disability-Focused Gaming Databases
Can I Play That? Offers Accessibility Information to Gamers
play_circle_filled