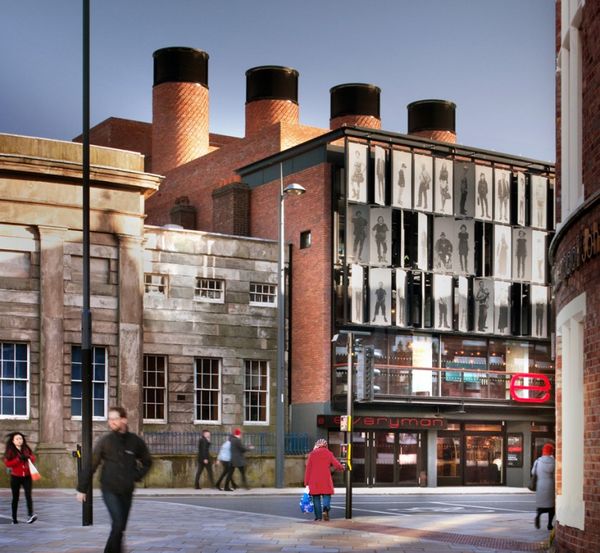 The Everyman Theatre in Liverpool Receives an Update

The front facade is perfect for showcasing the theatricality of the place, with large posters draped down displaying various actors in a black and white color. At the back area of the building, large factory-like stacks loom up and over the structure, harking back to an industrial-era aesthetic. Inside the theater looks extremely modern, with an updated 400 person auditorium, brick siding in certain areas and a smooth, wooden floor.

The Everyman Theatre is a great example of revamped architecture, which still stays true to its roots.