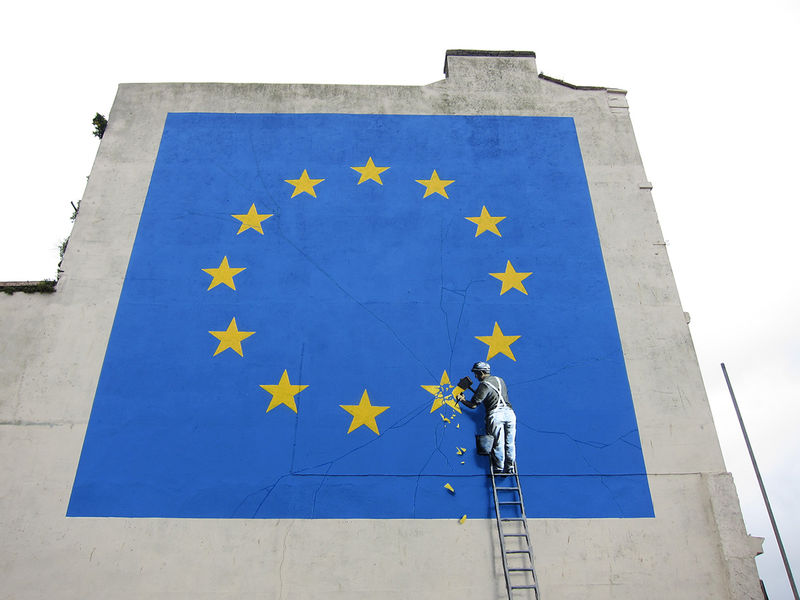 Joey Haar — May 9, 2017 — Art & Design
References: banksy & dezeen
Share on Facebook Share on Twitter Share on LinkedIn Share on Pinterest
After the Brexit referendum made official Britain's intention to exit the European Union, many 'Remain' voters have been outspoken about the decision, and famed political street artist Banksy has decided to weigh in on the issue with an EU-themed mural in his idiosyncratic, graphic style. The artist created a mural on the side of a building in Dover, England, featuring the image of a worker chipping away at one of the gold stars on the European Union flag.

In the EU-themed mural, a greyish worker visually in line Banksy's gestural style stands atop a ladder. He holds a mallet and a chisel and appears to be chipping one of the stars from the banner. Pointedly, the cracks from this work spread across the rest of the flag.
1.4
Score
Popularity
Activity
Freshness
Get Better and Faster