The Importance of Sponsorship
Next
Set of
Related
Ideas 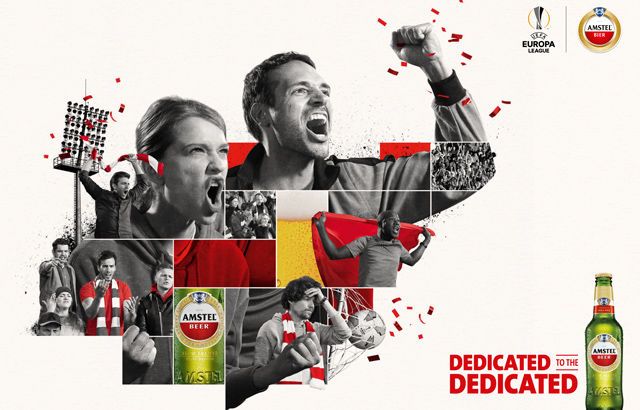 Thomas Schembri — June 19, 2019 — Lifestyle
References: trendhunter
Share on Facebook Share on Twitter Share on LinkedIn Share on Pinterest
The 2019 UEFA Europa League Final -- no less than the second most important event of the world’s #1 sport -- was watched by millions and broadcasted in more than 100+ countries. Chelsea VS Arsenal, 2 titans of football history confronted each other to become the 2019 champion. This year’s finale took place in Baku, Azerbaijan where I had the pleasure to take part in an unforgettable experience hosted by beer brand Amstel.

Renewing its long-lasting partnership with the UEFA Europa League, Amstel sponsored the event aiming to accomplish the same goals and cultural impact as the sports organization. In addition to connecting people and making them enjoy a moment internationally, Amstel has been completing this mission since its creation 150 years ago in Amsterdam. This legacy has lead the brand to become recognized as the world’s most local beer. Available in 100 countries, and with a volume of 12.5 million hectoliters produced in 2018, the brand’s impact is undeniable with almost half of the world’s population having said to have enjoyed a glass of Amstel in 2018.

Amstel is part of the Heineken Brands umbrella and is one of the most prolific companies with a volume growth of 10% in 2018. This is mostly due to its unique approach to innovation and its entrepreneurial management model that allows the “Think Global, Act Local” motto to work perfectly. Amstel brings stature and closeness together, benefiting from the power of its size but leaving recipe flexibility (and production) to the local markets to drive relevancy.

The brand made me experience the same feeling of stature and closeness as I was welcomed as a friend and taken on a tour of Baku and a boat cruise on the Caspian Sea. The feeling reached its peak when Amstel got me so close to the Football Legend Cesc Fabregas that he shook my hand and exchanged a few words with me as he was pouring me a drink – a truly unforgettable experience made possible by Amstel.

Later that night, as the stadium trembled and Eden Hazard scored his last 2 goals with Chelsea, I could tangibly feel Amstel’s strategic success. The brand was omnipresent, proud to represent the event and the values it had carried for over a century.

After 90 + 5 minutes, Chelsea became the champion with a score of 4-1 bringing an end to this year’s championship story. For Amstel on the other hand, this is just the beginning. Currently armed with a great company and innovation culture, the brand is expanding rapidly in Asia and Africa and will soon be the face of the Copa Libertadores, the most prestigious club competition in South America.

A special thanks to our Amstel friends Shanon, Dayna and Michael.
7.1
Score
Popularity
Activity
Freshness
Get Trend Hunter Dashboard