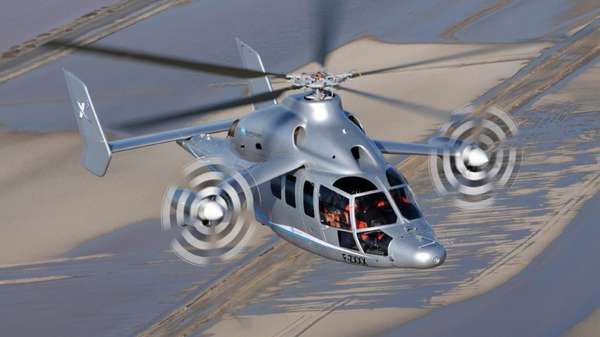 The Sprightly Eurocopter X3 Can Reach 267 Miles Per Hour

Jordan Sowunmi — May 21, 2011 — Eco
References: eurocopter & gizmag
Share on Facebook Share on Twitter Share on LinkedIn Share on Pinterest
The new Eurocopter X3 has officially staked its claim as the world's fastest helicopter. The average top speed for a helicopter has typically hovered around 160 mph, but thanks to an addition of two turboprop engines, the Eurocopter X3 has exceeded that by 107 mph, topping out at an impressive 267 mph.

The increase was a result of the trailblazing hard work of Eurocopter's tech team, who previously stated that they thought they could greatly increase the max speed of the Eurocopter X3. “Future helicopters incorporating the Eurocopter X3 configuration will offer our customers about 50 percent more cruise speed and range at very affordable costs," said Lutz Bertling, the President and CEO of Eurocopter, "therefore defining the future of high productivity rotary-wing aircraft.”

The helicopter will likely be a boon to search and rescue forces and the police. (And, of course, the obscenely rich.) It is an absolutely impressive piece of work that has revolutionized the helicopter industry, placing Eurocopter at the forefront of innovation in its field.
5.8
Score
Popularity
Activity
Freshness
Get Better and Faster