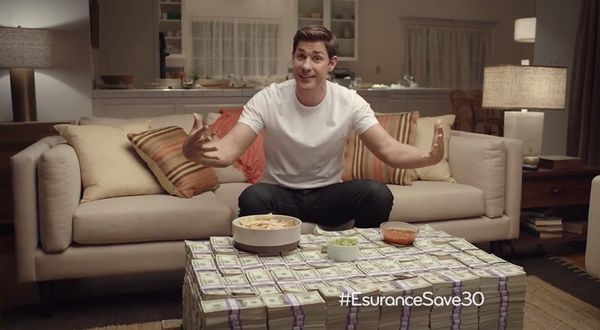 The Esurance Post-Super Bowl Commercial Generated a Ton of Hype

Laura McQuarrie — February 4, 2014 — Marketing
References: marketingpilgrim
Whether or not you tuned in to watch the 2014 Super Bowl game, if you happened to be on Twitter afterwards, someone in your newsfeed was probably tweeting about Esurance.

Buying a Super Bowl commercial is extremely costly and there's no way of telling how an ad will be received by the large audiences watching. Esurance took a different approach to advertising around the game and bought ad space after the big event, estimating that it saved about $1.5 million dollars.

There were a ton of tweets featuring the "EsuranceSave30" hashtag, because Esurance decided to hold a Twitter sweepstakes and share the $1.5 million they saved, which is roughly 30% of the cost of a 30-second Super Bowl ad spot. The campaign is a brilliant one, since plenty of Twitter users want to instantly become a millionaire just for using a certain hashtag.