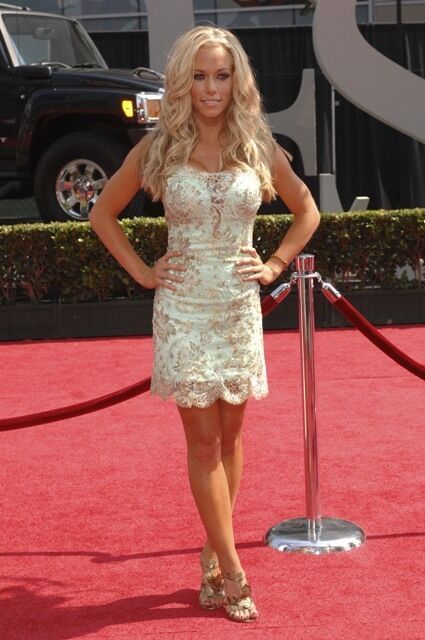 This year, the annual awards event put on ESPN encouraged celebrities to deck themselves in the finest designer apparel for their appearance at the Nokia Theater in Los Angeles on July 17. Many fans tuned in to to watch the ESPN awards, this year hosted by Justin Timberlake, when they aired on July 20th. Celebrity presenters included Lance Armstrong, Danica Patrick, Zac Efron and David Beckham. (Is it just me, or did Victoria Beckham's boobs get smaller?)

The Best Sports Movie, by the way, was Semi-Pro, but the more serious awards follow below:

Best team went to the Boston Celtics. The Best Game was Best Game was the Super Bowl: Giants Over Patriots. The Best Coach-Manager was Pat Summitt of the Tennessee Women's Basketball team. The Best Championship Performance was Tiger Woods at the 2008 U.S. Open. The Best Breakthrough Athlete was Adrian Peterson of the Minnesota Vikings.