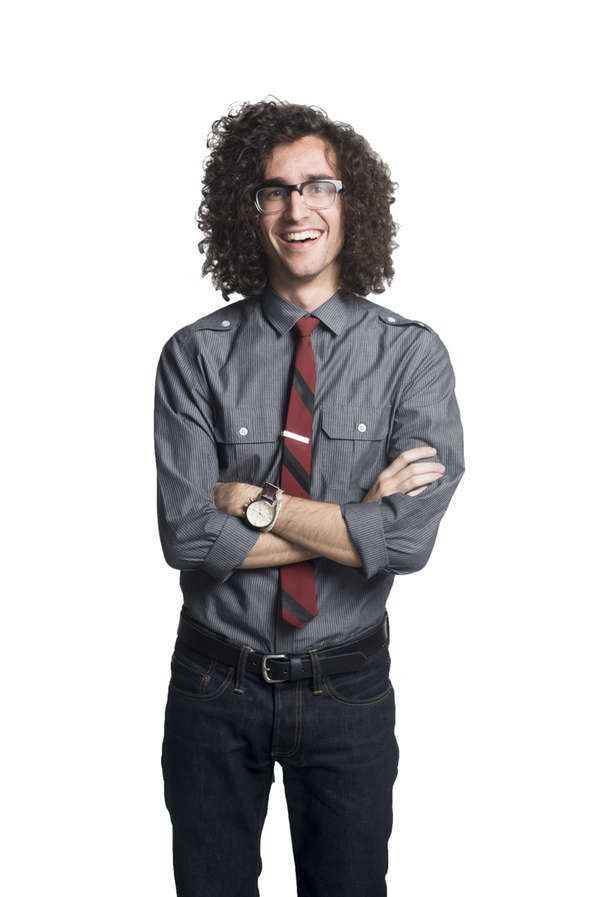 Jennifer Gosnell — July 26, 2013 — Social Good
References: sevenly.org
Share on Facebook Share on Twitter Share on LinkedIn Share on Pinterest
Eric Shumny, the partnership manager of Sevenly, a successful clothing organization focused on giving back to various weekly causes, chats with Social Business about his role with the company. In this interview, Shumny reveals more of Sevenly's story and how they came into the sector vith Sevenly founders Dale Partridge and Aaron Chavez.

At the age of 26 and 19, Dale Partridge and Aaron Chavez had already come to the conclusion that it takes many a lifetime to realize: money doesn’t buy happiness. At the time, Dale owned several businesses and Aaron was a social media mogul with millions of loyal followers.

In April of 2011, they met while working on an unrelated project. It was then that they struck up a eight-hour conversation on the topic of poverty. They recall the pinnacle of the exchange, “The biggest problem isn’t just the fact that millions are in need," Dale remarked, “It's the fact that billions are watching it happen and don't care. We are the problem. How can we fix us?”

Aaron countered, “Agreed, but the last thing this generation needs is to be hit up for another donation. People want more. They need more trust. They want more connection."

As they began researching, they realized that hundreds of worthy charities close their doors every year due to a lack of funding and awareness. They fail because they were not reaching this generation in the most effective ways by utilizing tools like social media.

“People need help deciding. What charities can I trust? What causes need to be addressed? Why should I care?” Aaron recalls. “We can help with that!”

It was then the idea of Sevenly was born. It was a perfect marriage between what the market needed and Dale and Aaron’s personal need for more meaning and fulfillment. Inspired by their sincere belief that people matter, Dale and Aaron both left their current businesses to pursue the unfolding vision of Sevenly.

I went to college for business and was always interested in people that use their talents to give back to others. Social good companies have been on the rise and I knew I wanted to be part of that revolution that's helping change the world. Once I saw an opportunity to be part of the Sevenly.org team and the good they were doing, I knew I had to join in and work towards spreading generosity and helping those less fortunate.

I get inspiration just doing the work I do. By its very nature, Sevenly.org is about helping others because they truly believe that every person matters. People around the world are in desperate need -- whether it's because they're starving or sold into sex slavery or they need a simple surgery or they need help with their medical bills. How can you not be inspired and moved to help? Especially with an organization like Sevenly.org, who at the very core believes they are making a difference, inspiration is not hard to find.

I'm surrounded by creative people. There are extremely talented artists, writers, designers all around me and I get to work with them every day on causes they are extremely passionate about. If I feel like I'm in a rut, all I have to do is speak with almost anyone at Sevenly.org and they can spout off a dozen different ideas in one sitting. After a short conversation, I feel refreshed and reinvigorated, and it really helps with the creative process.
3.5
Score
Popularity
Activity
Freshness
Jeremy Gutsche Keynote Speaker