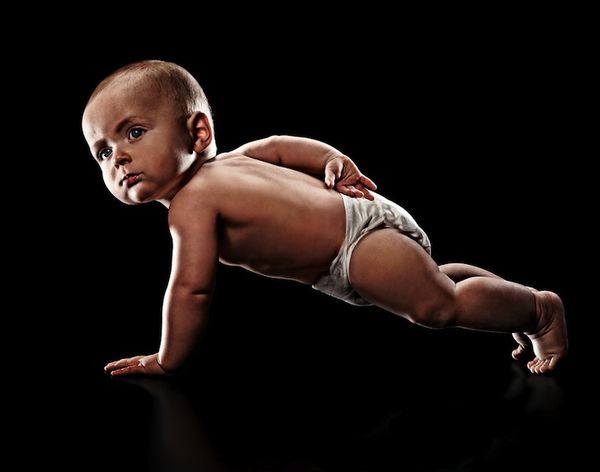 Meghan Young — January 2, 2014 — Lifestyle
References: ericsahrmann & mymodernmet
Share on Facebook Share on Twitter Share on LinkedIn Share on Pinterest
Eric Sahrmann, a photographer based in Chicago, Illoinois, has a fair amount of humor. At least, by the standards of his latest photo series. While most people see babies as endlessly cute and defenceless, he has depicted them as very strong. Whether that means crushing baby bottles or high kicking LEGO towers, Eric Sahrmann's babies are out of this world.

Created in collaboration with Mike Scalise, Eric Sahrmann's series was made for a Milwaukee Health Department campaign. Eric Sahrmann reveals, "I hired a professional 'baby-wrangler' to hold the babies into the positions that we would need to composite the final photographs. The parents were also on set to help with the positioning. I had retoucher Abe Finkelstein sitting at my computer compositing the shots together as we worked." The final product is precious.
4.8
Score
Popularity
Activity
Freshness
Attend Future Festival