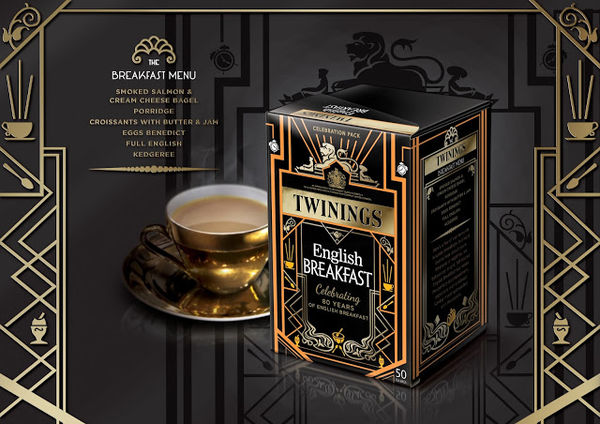 Laura McQuarrie — October 20, 2013 — Lifestyle
References: brandingmagazine & packagingoftheworld
To celebrate the 80th anniversary of English Breakfast tea, Twinings teamed up with BrandOpus to develop a special packaging for its celebration pack.

The decadent black tea box channels elements from the 1930s, when the Twinings English Breakfast tea was first created. The finished box has gold deco-inspired detailing on it, which is rendered in gold foil. The look of the box bears a striking resemblance to the Great Gatsby CD cover, which should win over a younger crowd of tea drinkers as well.

BrandOpus included details from the tea company's history, like the golden lion, which was the original icon for the Twinings brand. This is a wonderful way to honor the history of this iconic company, as well as stay current with one of this year's pop culture hits.
4
Score
Popularity
Activity
Freshness