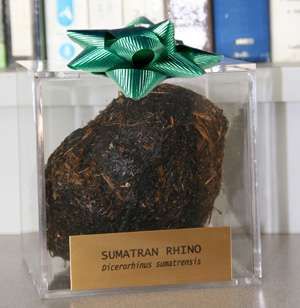 Buy Poo To Save Rhinos

"This year the International Rhino Foundation is auctioning off four separate pieces of rhino dung on eBay, representing four of the five rhino species (including White, Black, Sumatran, and Greater One Horned Rhinos)," Rhinos-irf.org said.