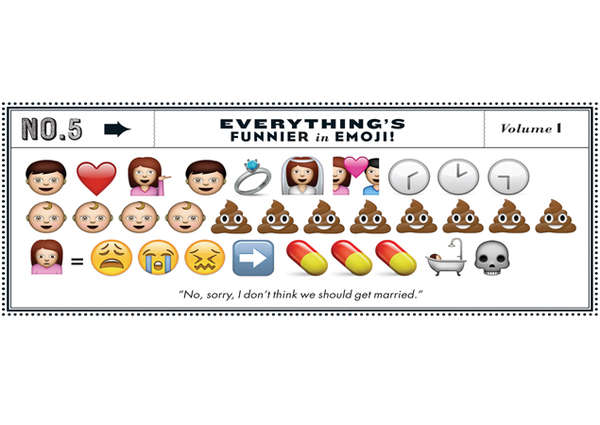 Bans created four different emoji stories. The most elaborate expresses the feelings of a hesitant woman who doesn't want to tie the knot with her boyfriend. The message is simple: "No, sorry, I don't think we should get married." The content, however, is extremely elaborate. The emoji message begins with two emoji people and a heart, showing that they're in love. Rings appear then a baby then a whole lot of poop emoticons until finally the woman illustrates her suicidal tendencies using pill emoticons. This is clearly not the happiest of messages but the emoticons definitely brighten up the woman's meaning. The moral of these emoji stories is clearly that if bad news has to be broken, break it through emojis.
2.7
Score
Popularity
Activity
Freshness
Jeremy Gutsche Keynote Speaker