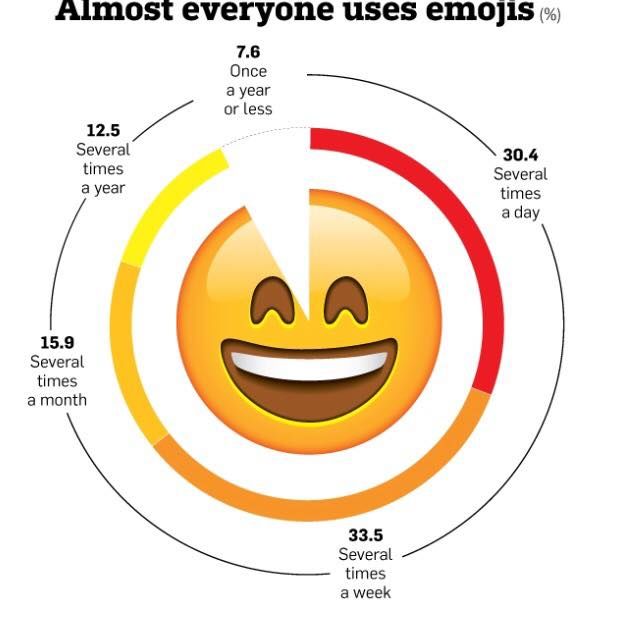 This Infographic Shows the Increase in Communication Through Emoji

Ady Floyd — October 6, 2015 — Social Media
References: adweek
Infographic editor Carlos Monteiro designed this chart, which will aid in society's understanding of the increased demand for the emoji language. The infographic shows who is using the playful language and how each person is using it to communicate with others.

This chart specifically outlines simple facts such as 92 percent of the online population uses emojis. The use of the emoji has also played a key role in many marketing and communication tactics, which have all proven to be well received by the population.

While some of the images from the emoji language are odd, there is also a general understanding of each image. This means that a language barrier can be broken through the use of these images. Additionally, using an emoji is a time-saver in the long run.
3.4
Score
Popularity
Activity
Freshness