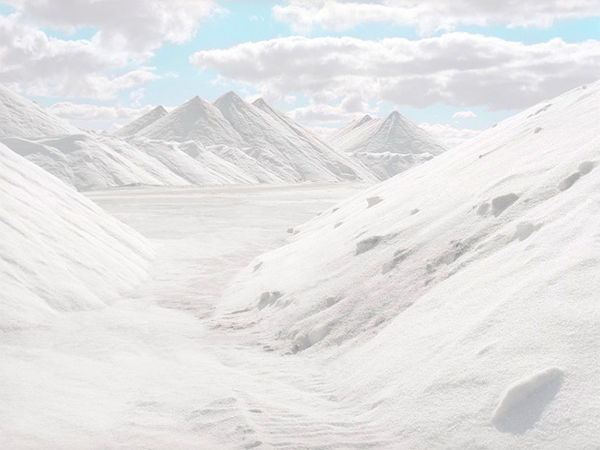 Emma Phillips did not put a lot of planning or thought into the series. Rather, she decided to pursue it after randomly coming across the mine. She ended up capturing all her photographs in the matter of a couple of hours.

The landscapes captured in the photos are pure white, vast and seemingly never-ending. For this reason, all the non-salt elements of the photos -- the sky, tractors, trailers -- appear as though they were hand-painted onto a black-and-white landscape photo. This serves to reinforce the intense and striking visual appeal of an extremely bizarre and beautiful landscape.
0.5
Score
Popularity
Activity
Freshness
Attend Future Festival