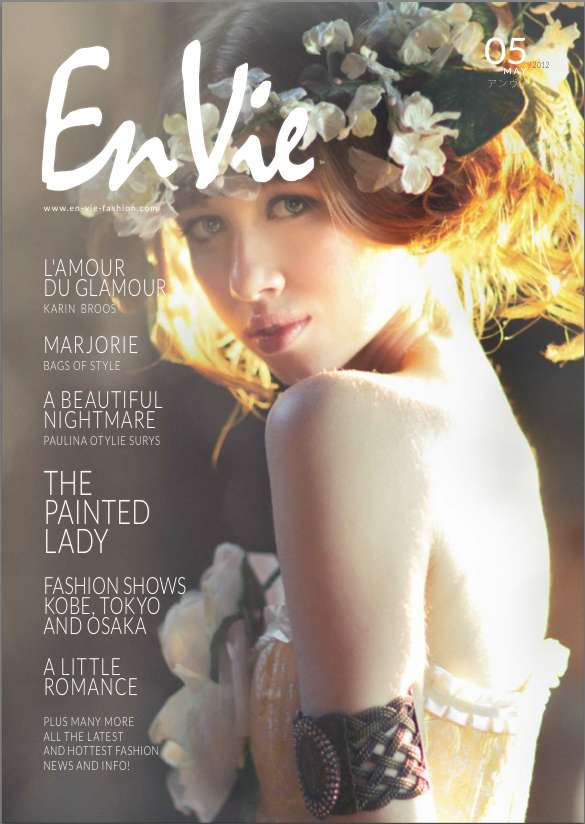 Slaughter poses languidly throughout the editorial, her red hair falling softly to the ground as sunlight drenches the scenes in a hazy, dreamy glow. Such iridescence is accented by Slaughter's opaque green and pink dresses and blouses. The model is also adorned with flowers that remind one of the Irish maidens as portrayed by many of the Emerald Isle's silver-tongued poets. Still, the land of saints and scholars is not the only inspiration for this editorial.

Braided ropes and course-woven fabric conjure images of old-time gypsies traveling the hills, valleys and forests of pre-industrial eastern Europe. These touches complete the dreamy, romanticist feel of the photographs.