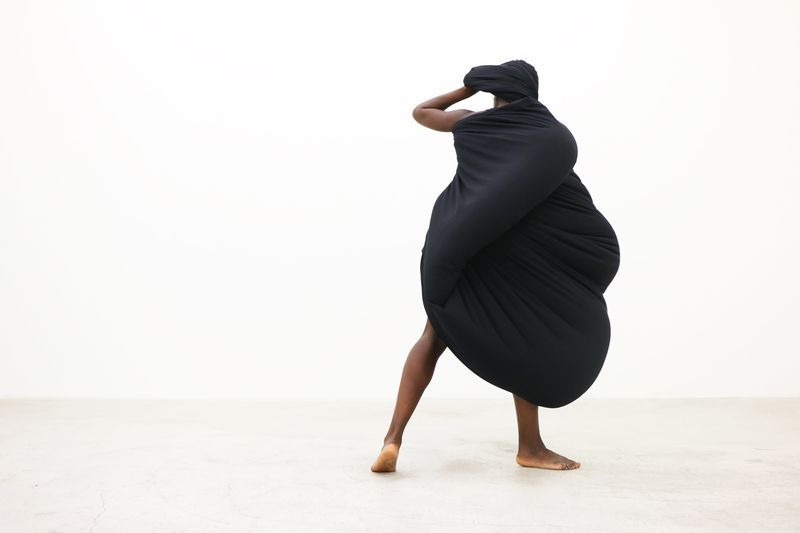 Joey Haar — May 24, 2018 — Art & Design
References: shaniha.me
Share on Facebook Share on Twitter Share on LinkedIn Share on Pinterest
Traditional sculpture might be considered dynamic simply because of its three-dimensionality, but with the Embody series, a work of sculpture and performance by Shani Ha and Caroline Dartey, sculpture and movement truly coalesce. The exhibition combines Ha's soft, malleable sculptures with Dartey's interpretive expression of body, identity, representation, and interaction, giving spectators unique insight into artistic media.

The first performance in the Embody series was in France in 2011, but since then it's been adapted over 30 times. In its current iteration, performance artist Caroline Dartey invests the nebulous sculpture with abstract movement that is at once movingly aesthetic and powerfully social. And in a further crossing of media borders, Ha's photographs of the Embody series serve as a crystallization of the ephemeral exhibit.

Embody will be performed at the General Consulate of Greece in New York this week.
2.7
Score
Popularity
Activity
Freshness
View Innovation Webinars