After Dark Beauty Editorials
Next
Set of
Related
Ideas 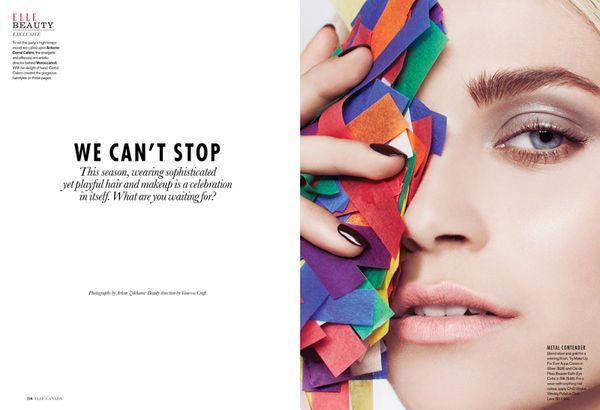 Meghan Young — November 20, 2013 — Fashion
References: ellecanada & fashiongonerogue
Share on Facebook Share on Twitter Share on LinkedIn Share on Pinterest
The ELLE Canada December 2013 editorial concentrates on beauty looks for the holiday season. Titled, 'We Can't Stop,' it reads, "This season, wearing sophisticated yet playful makeup is a celebration in itself." By the looks of it, that statement can't be denied. From colorful smokey eyes to rainbow sparkles and dark lips, the looks are irresistibly alluring.