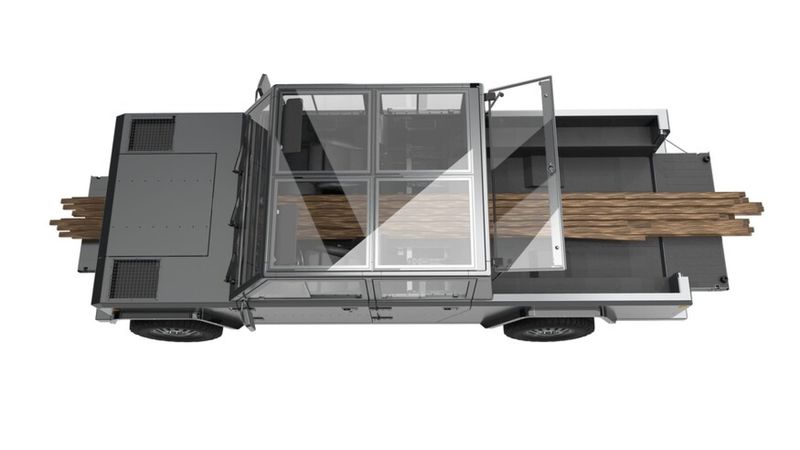 Daniel Johnson — November 25, 2019 — Autos
References: bollingermotors & engadget
Share on Facebook Share on Twitter Share on LinkedIn Share on Pinterest
Bollinger created two new electric utility trucks, one is titled the ‘B1,’ and the other is the ‘B2.’ Both of the electric utility trucks were revealed at the 2019 Los Angeles Auto Show. The B1 seats four people and has an enclosed back, while the B2 is a sport utility pickup truck.

The new trucks are both powered by a 614 horsepower electric engine that can produce 668 ft-lb of torque. The trucks are able to accelerate to speeds of 60 mph within 4.5 seconds, and both have a top speed of 100 mph.

Notably, the new trucks feature an upgraded suspension system, which Robert Bollinger, the company founder commented on, “They way the suspension is done, it’ll feel the same way driving it whether you’re carrying 5,000 pounds [of cargo] or not.”