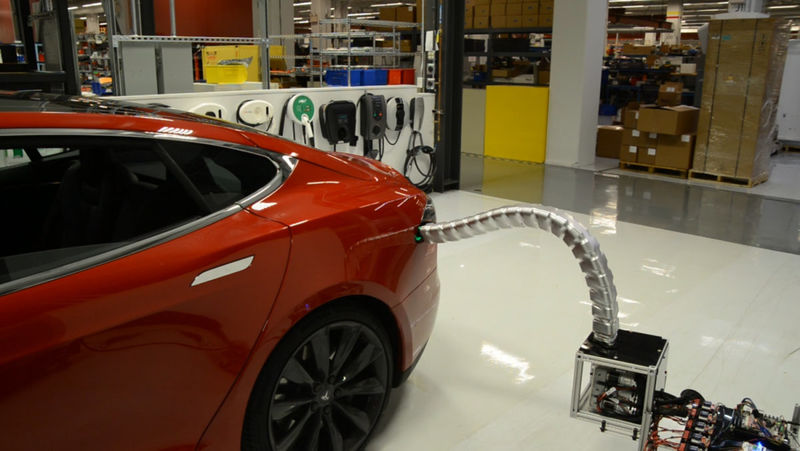 Cadhla Gray — August 10, 2015 — Autos
References: twitter & techcrunch
Share on Facebook Share on Twitter Share on LinkedIn Share on Pinterest
Tesla has impressed the world once again with its latest and greatest innovation, a robotic electric car charging station, proving we really do live in the future. Tesla's founder and creator Elon Musk told the media about this idea earlier, but for the most part, the ideas Musk announces are often initially unimaginable.

Tesla has shown again, however, that they can turn an idea into a reality. The electric car charging station appears to be a robotic arm closely resembling the vertebrates of a spinal cord or a metal snake. It slithers up and out of the station and automatically locates the charging port on the car, connecting its arm with no human involvement necessary.

At the rate Tesla is innovating, the very robots it creates may put their makers out of work.
4.7
Score
Popularity
Activity
Freshness
View Innovation Webinars