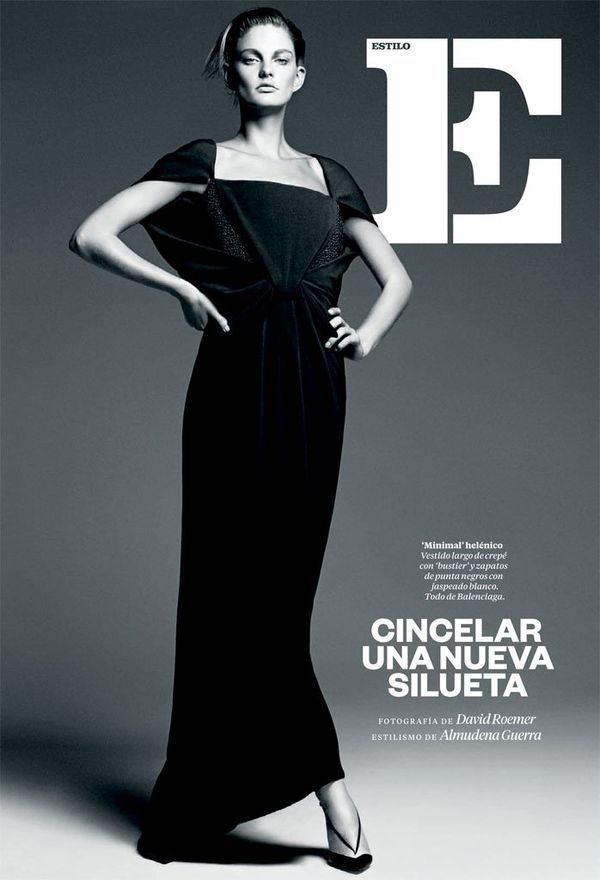 Meghan Young — January 7, 2014 — Fashion
References: elpais & fashiongonerogue
Share on Facebook Share on Twitter Share on LinkedIn Share on Pinterest
Shot entirely in black and white, the El Pais Semanal 'Cincelar Una Nueva Silueta' editorial showcases a slew of ladylike looks that have been given a sharp edge. Its title means 'Chiseling a New Silhouette' in Spanish, and that's exactly what the stylist set out to do when putting together the wardrobe. Whether that comes in the form of a caped jacket or angled skirts, it is there.

Of course, the El Pais Semanal 'Cincelar Una Nueva Silueta' editorial also showcases a ton of textures and embellishments that make the looks even more visually striking. Styled by Almudena Guerra of Atelier Management, the photoshoot was lensed by photographer David Roemer. It stars model Patricia van der Vliet, who was clad in the likes of Dior, Victoria Beckham and Bottega Veneta.
4.4
Score
Popularity
Activity
Freshness
Get the 2021 Trend Report FREE