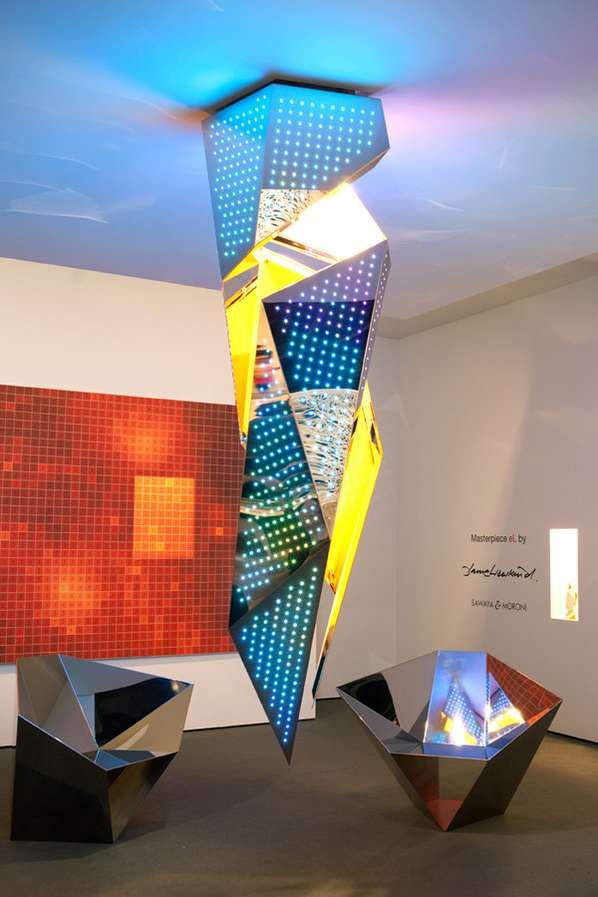 The eL Masterpiece Captures the History of the Universe

Meghan Young — January 24, 2012 — Art & Design
References: zumtobel & fastcodesign
Share on Facebook Share on Twitter Share on LinkedIn Share on Pinterest
Inspired by the history of light, the eL Masterpiece chandelier was created by renowned architect Daniel Libeskind and his son Noam, who happens to be an astrophysicist at the Leibniz Institute for Astrophysics Potsdam in Germany. It was Noam who came up with an "algorithm that expresses the 14-billion-year history of the cosmos in a 14-second loop," which was then translated into nearly 1,700 LEDs, each representing a section of outer space, according to Fast Co. Design. eL Masterpiece changes with each second to visualize how stars have changed over billions of years.

Commissioned by luxury lighting company Zumtobel, eL Masterpiece may symbolize the universe, but it looks more like a manmade lightening bolt, boldly zigzaging from the ceiling. Made out of a steel exterior and a 23-karat gold interior, eL Masterpiece is nearly nine feet tall and weighs 350 pounds.
5.3
Score
Popularity
Activity
Freshness
Access Advisory Services