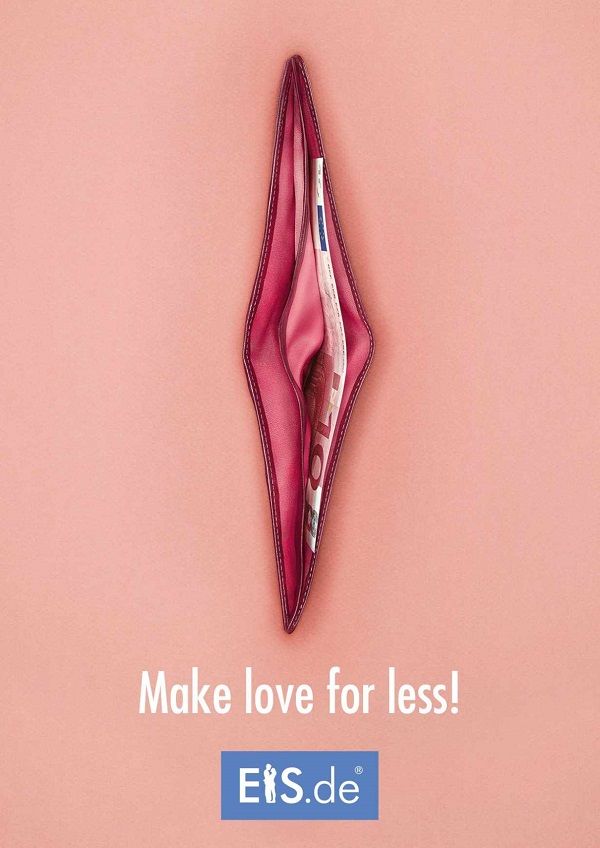 The EIS.de Campaign Alludes to a Woman's Private Parts

Meghan Young — October 25, 2014 — Naughty
References: eis.de & designtaxi
The EIS.de ad campaign is not something that is meant for all eyes. After all, EIS.de is a Germany online sex shop filled with sex toys for adults who want love to experiment or simply want to spice things up in the bedroom. Yet often that costs a pretty penny. The EIS.de website makes things a lot more affordable and promotes this in an appropriately naughty way.

Tapping Jung von Matt, an ad agency based in Hamburg, Germany, the EIS.de campaign takes on a questionable appearance. It features a pink wallet and 10 euro bill that is opened in a way to look like a vagina. It reads, "Make love for less." The EIS.de campaign will definitely capture the attention of prospective shoppers.
4
Score
Popularity
Activity
Freshness