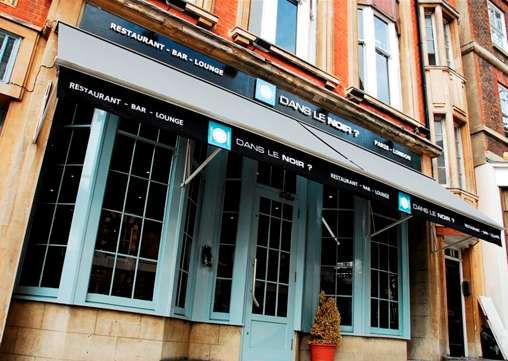 A Restaurant Where You Dine in the Dark

Bianca — March 26, 2012 — Social Good
References: danslenoir
Share on Facebook Share on Twitter Share on LinkedIn Share on Pinterest
When we featured Dans Le Noir, a dining in the dark restaurant chain that employs blind servers, we were curious to learn more about the business model, and the people behind it. In the interview below, Edouard de Broglie, the founder of Dans le Noir and president of Ethik Investment Group, shares more about the social enterprise, as well as some of his personal journey as a social entrepreneur.

1. How did the idea for the business model come about?
I wanted to reinvest my profit issued from NTIC into a socially useful business. After meeting with various foundations in Europe, I approached Paul Guinot from the French Blind Foundation, who has been organizing dinners in the dark since 1997, and asked if he wanted to help set up the company.

2. How did you decide to join this sector?
I wanted to create a model that incorporates a social cause while also bringing success and profit, with the hope of inspiring other entrepreneurs and financial institutions. Swapping technological innovation for social innovation was a personal choice; it's a bit less profitable, but the return is enough -- and it's much more interesting. I may be a little less rich, but am much happier!

3. How do you get your inspiration?
We get inspiration from choosing to think about things differently. We see disability as a difference, and difference creates value. Sometimes people just forget that when they leave university and get into the business world.

We're working on five more ideas like Dans le Noir, but as a small to mid-size company ($9M in sales this year) we need to concentrate on our main international project.