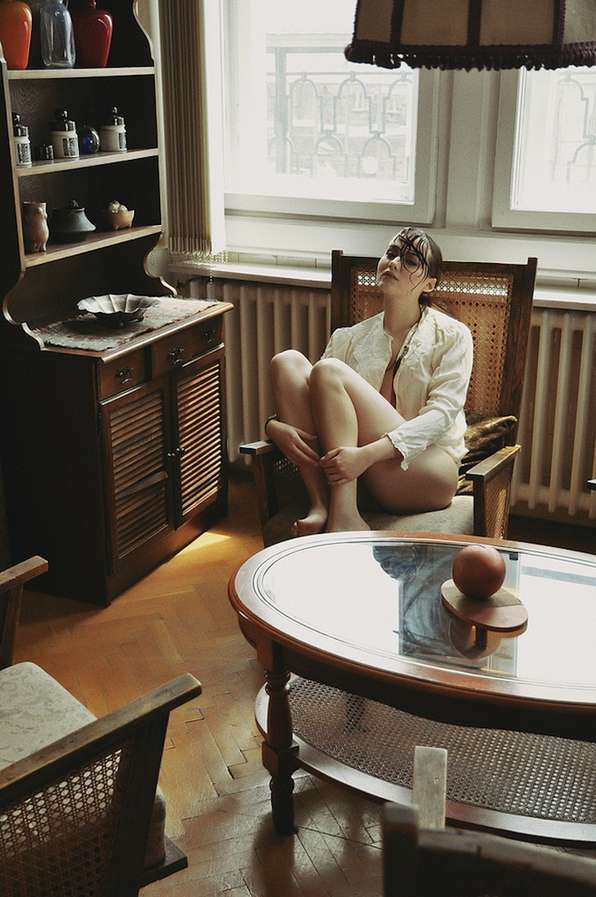 Jordan Sowunmi — July 29, 2011 — Fashion
References: photodonuts
To look at Edina Csoboth's selected portfolio is like looking through the lens of a photographer with an eye for making solitary, stylized photography appear candid, seductive, and distant in one fell swoop.

Just 24 and hailing from Budapest, Hungary, Edina Csoboth is beginning to create a buzz in her native country. In 2010, she won the Playboy Hungary Portrait prize, and followed that up in 2011 by winning the Fashion award at the Sony World Photography awards.

Edina Csoboth's work shows a shutterbug skilled at moving from traditional fashion shots (the black and white shot of a blonde model wearing a patterned dress while lying on a heavily patterned blanket) with candid captures (the wet haired, white dress shirt wearing brunette staring at the camera in a disaffected manner) in a way that makes both appear artistic and sharp.

The future looks bright for Edina Csoboth. Do not be surprised if you see her name popping up in magazine spreads in Europe and then into North America.
6.7
Score
Popularity
Activity
Freshness