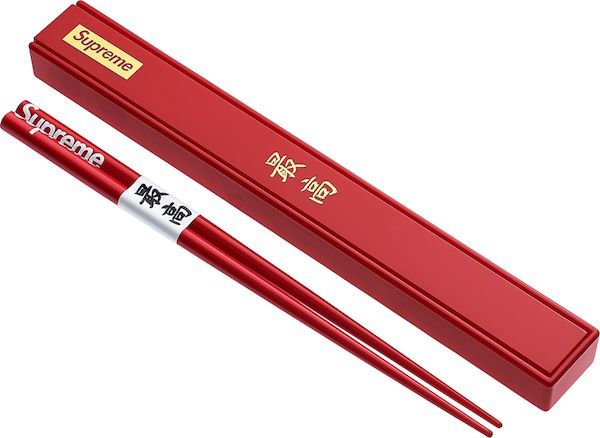 Supreme Released a Chopstick, Sake and Bowl Set with a Matching Box

Laura McQuarrie — September 5, 2017 — Art & Design
References: supremenewyork & designtaxi
Share on Facebook Share on Twitter Share on LinkedIn Share on Pinterest
Supreme recently released a collection of eating utensils that include a branded pair of chopsticks, a bowl and a sake set. These new additions to the brand's Fall/Winter 2017 collection boast the brand's iconic red color, alongside more traditional Asian-inspired patterns.

Previously, Supreme has also released branded biking gloves, bricks, jigsaw puzzles and even NYC MetroCards. Some of the other seemingly Millennial-targeted miscellaneous items that are also being introduced alongside the Asian-inspired eating utensils include a welcome mat, a varsity jacket and US banknotes protected in lucite cases.

Merchandise from Supreme tends to sell out incredibly quickly, making many of its items collector's pieces that consumers will want to act fast if they want to purchase a product from the brand itself rather than a reseller.
4.9
Score
Popularity
Activity
Freshness
Get Better and Faster