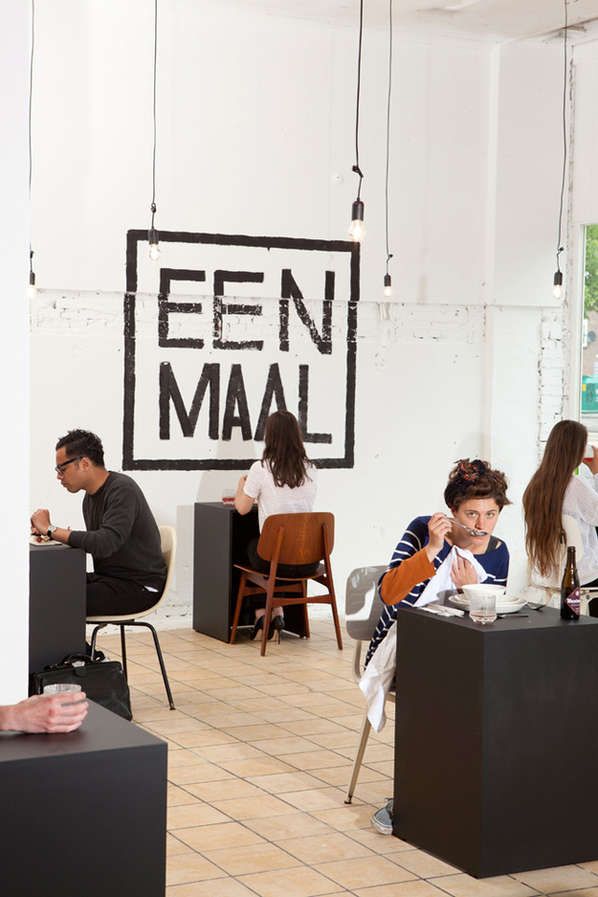 Eating Alone is the What the Eenmaal Restaurant Encourages

The Eenmaal is a pop-up restaurant in Amsterdam that only serves people who are dining by themselves; the restaurant’s table is created to only accommodate for one person. According to the initiator designer Marina van Goor, the restaurant was created as a means to break the taboo of being alone.

Eating alone has a negative connotation attached to it. Society has embedded into the mindsets of most people that being alone is an unattractive state of being. The Eenmaal is a fascinating way of distorting the accustomed norms that people have been raised to believe.