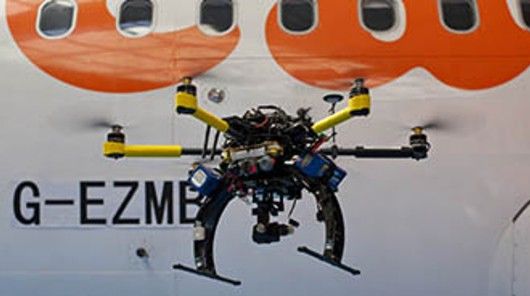 These Quadcopters Will Be Used to Inspect easyJet Aircraft

The project will not require the building of drones, but will involve taking existing drones and modifying them so that they can be programmed to inspect easyJet aircraft.

Drones these days have highly sophisticated visual sensors as well as smart navigation capabilities, making them perfect for improving the quality and speed of aircraft inspections. These unmanned quadcopters can easily navigate around aircraft without the need for ladders or cranes.

The drones are not intended to replace human inspectors but to make their jobs easier. The drones can carry out routine inspections and report damage that might require expert human inspection and repair. This way, engineers will be able to put their skills to use where they're needed the most, while speeding up total inspection time.

These drones will undergo field testing in a few months, and may be rolled out for use as early as next year.