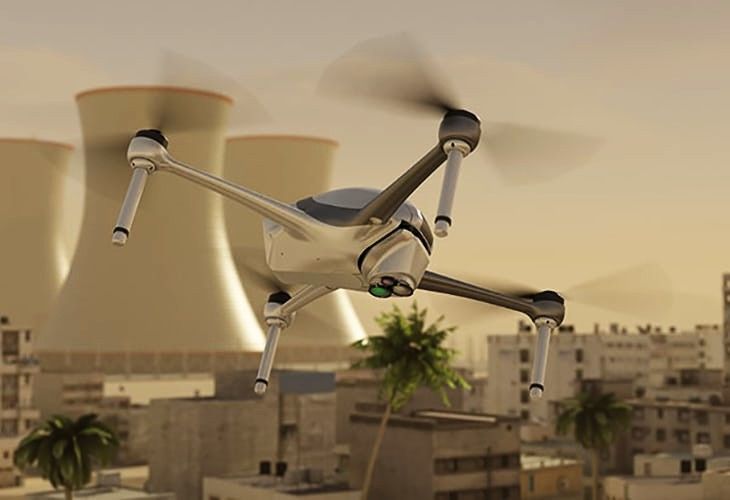 Michael Hemsworth — November 18, 2016 — Tech
References: laser-detect & damngeeky
The prevalence of drone security systems is on the rise with the 'SpectroDrone' being the latest announced to help keep large areas safe from a variety of contraband. Capable of being operated on a plot of land about 1.86-miles in circumference, the 'SpectroDrone' uses a series of advanced laser spectrometry techniques in order to seek out various materials.

The 'SpectroDrone' can identify hazardous chemicals, narcotics, chemical components and much more in order to keep an area safe from harm and secure.

The 'SpectroDrone' drone security unit is the latest innovation from LDS (Laser Detect Systems), an Israel-based firm, that could have a number of private and public uses. The technology has been implemented onto an Airobotics Optimus drone with the potential for other implementations in the near future.
5
Score
Popularity
Activity
Freshness