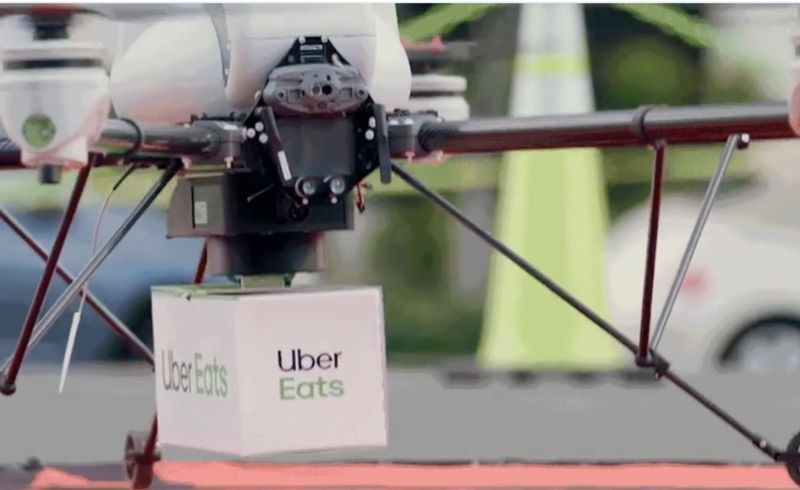 This week, Uber Eats announced that the Uber Elevate Conference that it will be launching a drone food delivery program. As part of the trial, drones will simply transfer meals from the restaurant to the delivery drivers, meaning the actual hand-off will still occur face-to-face. The idea is that using the drones will save drivers time by meeting them at pre-determined pickup locations. In order to facilitate the transfer, Uber Eats is using specially-designed boxes, which are attached directly to the drone. In terms of participating restaurants, McDonald's is the only confirmed partner at this time.

Airborne Food Deliveries
In Reykjavik, Flytrex and AHA Teamed Up to Deliver Food via Drone