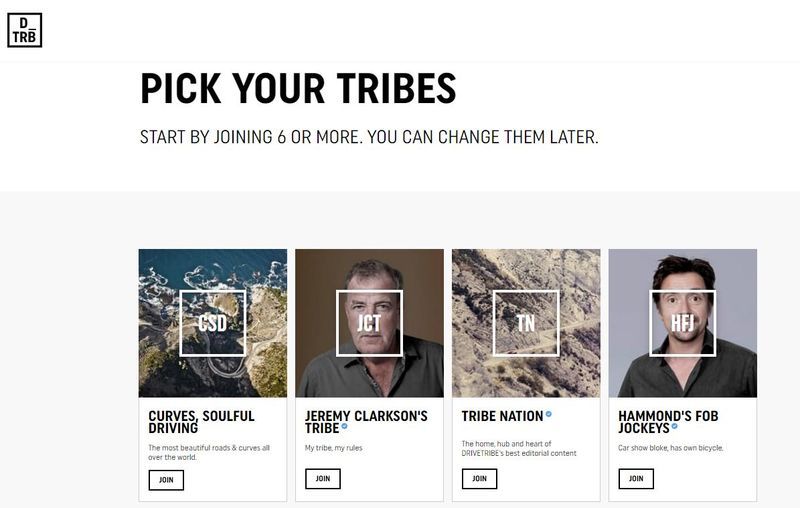 DRIVETRIBE is structured by 'Tribes.' On the sites, Tribes are simply groups that have a common theme. For instance, each of 'The Grand Tour's' hosts has their own tribe, and there are other tribes devoted to things like beautiful roadways, modified vehicles, or Italian cars, to name a few.

To join DRIVETRIBE, users link their Facebook accounts to the site and then select up to six Tribes. After that, they can comment on posts, repost items, and 'bump' things they find interesting (an action similar to upvoting on Reddit.)
1
Score
Popularity
Activity
Freshness
Access Advisory Services