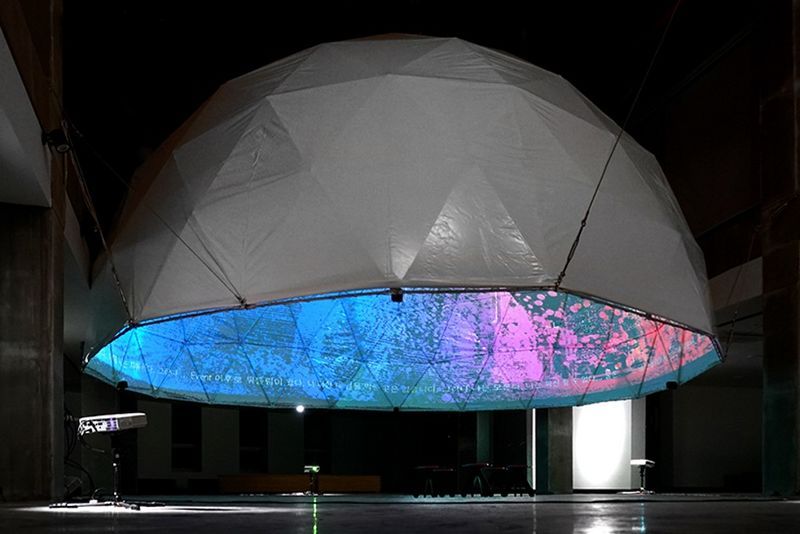 'Driver Less Vision' Imagines the World from a Car's Perspective

Ellen Smith — October 11, 2017 — Autos
References: seoulbiennale.org & psfk
Share on Facebook Share on Twitter Share on LinkedIn Share on Pinterest
'Driver Less Vision,' an art exhibition in Seoul, explored the future impact of autonomous vehicles. Although the possibility is fast approaching, the knowledge surrounding driverless vehicles is limited. Through this interactive exhibit, artists were tasked with imagining what autonomous vehicles could see, depicting imagery from the perspective of the machine.

Guests were invited to step into a room, which offered a 360-degree view of a cityscape, similar to how a vehicle would perceive the world. A digital map with zeros and ones covered the screen, adding an element of computer narrative that helps the individual address the possibilities that autonomous vehicles would present.

The exhibit served as a means for tightening the gap between humans and artificial intelligence, attempting to create an emotional bond to heighten the chances of living in harmony.
6.2
Score
Popularity
Activity
Freshness
Access Advisory Services