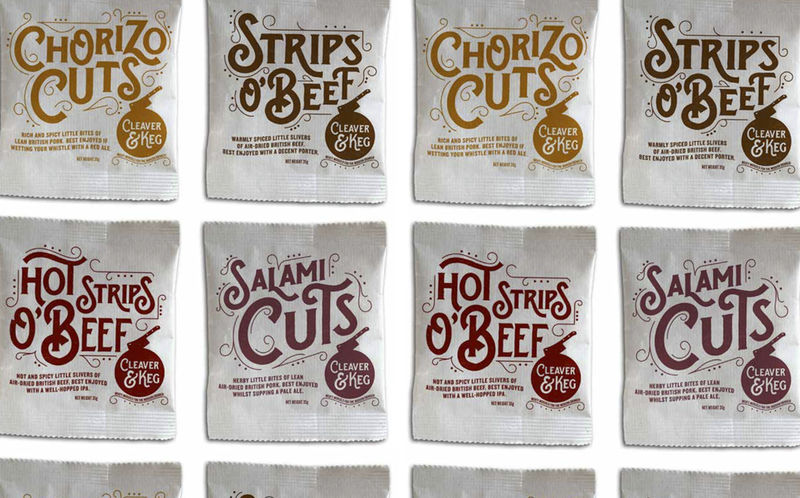 Michael Hemsworth — April 25, 2016 — Lifestyle
References: cleaverandkeg & foodbev
Described as being "herby little bites," the Clever & Keg dried meat snacks are crafted to offer those enjoying a pint of beer with a protein-rich snack to accompany it.

The Clever & Keg snacks come in such varieties as Salami Cuts, Chorizo Cuts and Strips O' Beef with flavors ranging from spicy, to savory.

The snacks are crafted by the UK-based brand from 100% British meat and created using a simple process that offers the most amount of flavor and quality.

Each of the different varieties of dried meat snacks are intended to be paired with a certain kind of beer: pale ale goes best with the salami, an amber ale with the chorizo and so on. The brand aims to offer a more scrumptious, satisfying snack for those that frequent their neighborhood pub.
2.6
Score
Popularity
Activity
Freshness