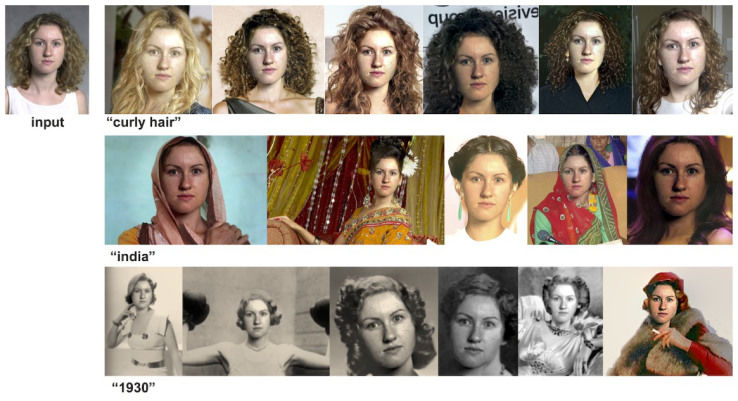 Hayley McGlone — July 25, 2016 — Art & Design
References: dreambit.xyz & techcrunch
For anyone who has ever wanted to try a new style but not spend the time or money at a salon to do so, the Dreambit search engine is a great alternative. The face-swapping search engine lets users easily alter their appearance by overlaying their face on preexisting images.

Dreambit analyzes the photo submitted by the user and then searches for images matching the users search term such as curly hair. The search engine then searches for photos with the search term, like curly or red hair, and where the subject's face is similar in position to the user's face to overlay the user's face. Users can add themselves into a movie, a location, a painting or any other image as long as the user's face is positioned similarly to that of the subject in order to make the swap.

It's possible this search engine could be used to create all possible variations of age progression and changes in appearance for missing persons reports.
5.1
Score
Popularity
Activity
Freshness