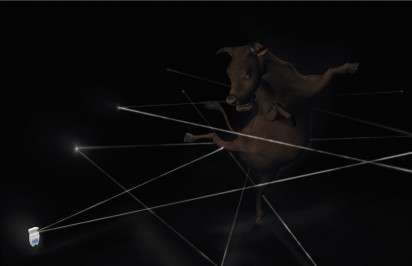 Meghan Young — January 11, 2013 — Marketing
References: bangkokshowcase & ibelieveinadv
Share on Facebook Share on Twitter Share on LinkedIn Share on Pinterest
Dark and almost depressing, the Dr. Phillips Dental Floss ad campaign depicts the capture of animal flesh in a very dramatic way. Of course, people would never have a full beast stuck between their teeth; but if they did, this is the floss they would want to use to wrangle it in.

Conceived and executed by BangkokShowcase, an ad agency based in Bangkok, Thailand, the Dr. Phillips Dental Floss ad campaign shows just how strong this product really is. Not to mention how thorough. Art directed by Sakon Khanawuthikarn with creative direction by Chokchai Tupanyakanok, the campaign was visualized by computer artist Pattarasak Sitthisroung and retouched by Silhouette.

Although some might be put off by the images in the Dr. Phillips Dental Floss ad campaign, they will certainly capture people's attention.
2.3
Score
Popularity
Activity
Freshness
Attend Future Festival Virtual