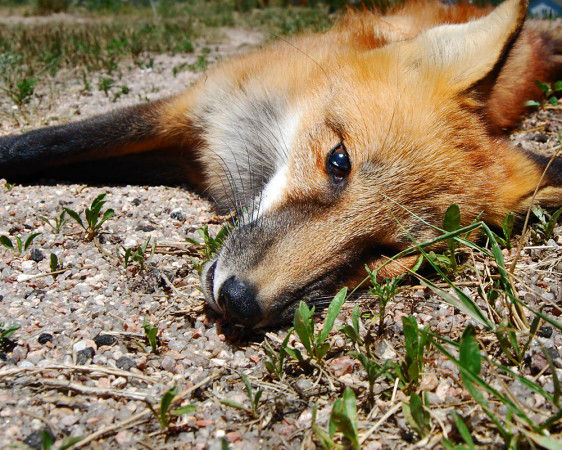 Down to Sleep by Emma Kisiel Captures Deceased Wildlife

Meghan Young — March 6, 2014 — Fashion
References: emmakisiel & beautifuldecay
Share on Facebook Share on Twitter Share on LinkedIn Share on Pinterest
When it comes to death, people are compelled to avert their eyes, especially when it involves wild animals--it is simply the way of life; yet Down to Sleep by Emma Kisiel, a photographer born in New York, raised in Colorado and based in Kansas, is a series that forces people to take in the sadness and beauty of such occurrences. Unlike her 'At Rest' series, these dead animals are captured as is and not memorialized on the spot.

In the vein of Victorian post-mortem photography, Down to Sleep by Emma Kisiel does appear to capture animals that have laid their heads on the ground for some much-needed shuteye. As written on her website, "While in some ways repulsive and confrontational regarding human mortality and fear of death, Kisiel’s photographs draw attention the inherent beauty of the animals of America’s Wild and the domestic realm."
3.8
Score
Popularity
Activity
Freshness
Attend Future Festival