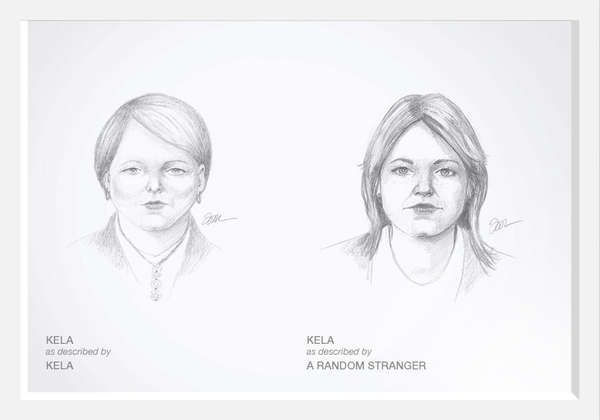 Simal Yilmaz — April 29, 2013 — Marketing
References: dove
Share on Facebook Share on Twitter Share on LinkedIn Share on Pinterest
As women, we have proven to be our own worst critics time and time again. Dove's insightful campaign Real Beauty Sketches resulted in an evident demonstration of this; it has been eye-opening and very emotional for both the contestants and the public.

I attended Dove's Q&A webinar, which featured Kela Cabrales, a the contestants in the experiment, as well as Gil Zamora, the forensic sketch artist. Webinar audience directed insightful questions to both Kala and Gil to step behind-the-scenes and to get a fuller understanding of both the nature as well as the results of this experiment that touched many.

Kala revealed that this experiment has changed the way she perceived herself by awakening her on the impact of her self-critique, as well as the effect it had on her life and on others she loved. "It was surprising and disappointing to me to see how clearly my insecurities about myself showed up in my self-description. It has made me very aware that I might be unconsciously communicating low self-esteem to my daughter," she cited.

I was especially interested in the way Gil Zamora felt about his role and the way he executed it. The artist explained that Dove was meticulous in keeping contestants out of his sight at all times to avoid any outside influence affect his work. He stated that he was also nervous about participating in this experiment at first. In order to ensure the accuracy and his piece of mind, Dove conducted three pilot experiments before it set the real one in motion.

This unique experiment opened up valuable conversations regarding women's self-esteem. It demonstrated the importance of recognizing and cherishing our beauty, being able to accept compliments directed towards it and focusing on the positive aspects of ourselves more than the negatives.
2.7
Score
Popularity
Activity
Freshness
Get Better and Faster